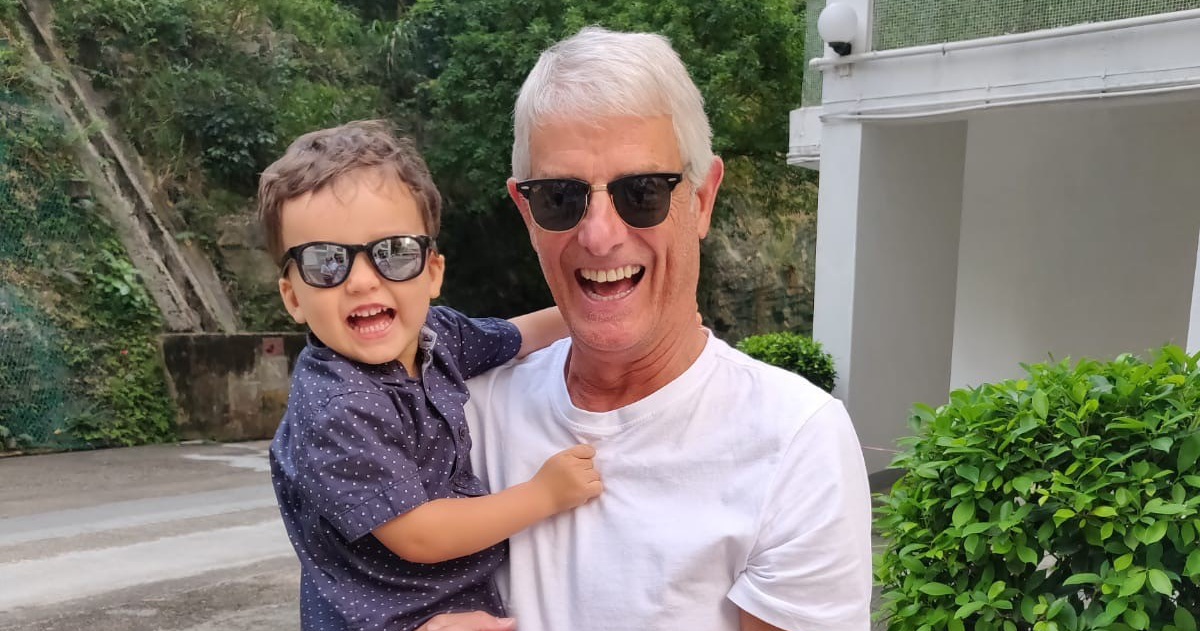 They’re legends in their own right, and now they’ve been recognised among the country’s greatest in this year’s Australia Day honours list.

Mr Curtain was awarded a Member (AM) in the General Division of the Order of Australia for significant service to the law, and to professional legal organisations.

After completing a law degree and working in a stockbroking business for 18 months, Mr Curtain decided to become a solicitor.

He said after attending a handful of court cases, he felt the urge to join the bar.

“The best advice I got was ‘if you want to go to the bar and you don’t, you’ll never be satisfied’,” Mr Curtain said.

And he never looked back.

Mr Curtain’s link to Cabrini started in 1997 when he was on holiday in Port Douglas with his wife and four children.

He said it was a chance meeting with Dr Doug Lording at motel barbecue table that led to an enduring friendship and a long standing connection with at Cabrini.

Mr Curtain was on the Cabrini Health Board from 2007-2015 and was, more recently, chairman of the Capital Campaign Steering Committee (2015-19), where he led fundraising activities for the new Gandel Wing.

“I do have a deep affection for Cabrini. I’ve had six grandchildren born there and I think it’s a great hospital. I love the atmosphere, and I’m very proud of what they’ve done.”

Cabrini rheumatologist Prof Buchbinder was awarded an Officer (AO) in the General Division of the Order of Australia for distinguished service to medical education in the fields of epidemiology and rheumatology, and to professional associations.

Prof Buchbinder said she was “humbled and honoured” to be recognised in the prestigious awards.

As the Founding Director of the Monash Department of Clinical Epidemiology since its inception in 2001, Prof Buchbinder has managed to combine her love of treating people with her passion for research.

“It has been a huge privilege to have been able to combine my work as a doctor with an academic career to improve the lives of people with arthritis and musculoskeletal conditions,” she said.

“This award is recognition of all the great people I have worked with and who have mentored me. They continue to inspire me to make a difference.”

The mother-of-three said she was most proud of the researchers she’d had the privilege of teaching and mentoring.

A/Prof Santamaria’s ties to Cabrini go back to 1989 when he joined the Cabrini Ethics Committee, a commitment that he would never have imagined would span three decades.

Now, A/Prof Santamaria has been awarded a Member (AM) in the General Division of the Order of Australia for significant service to intensive care medicine.

He said he was “completely surprised” by the recognition.

“I don’t think I’ve done anything exceptional, I’ve just done a few things over a long time,” he said.

A/Prof Santamaria was a member of the Cabrini Health Board from 1992 until 2011 and was also part of the Cabrini Institute Council from its inception in 1996 until his retirement in December last year.

“The highlight was just being a member of this really lovely hospital,” A/Prof Santamaria said.

“Meeting the people, the board members were really great, and having really good administrative people. And as part of the board meetings we each had to tour the wards and talk to people – learning that side of things was just great.”

Cabrini would like to congratulate all recipients of this year’s Australia Day honours list, these awards are recognition of their hard work and dedication.

Cabrini would also like to congratulate our donors who received Australia Day honours.

Mr Graham Goldsmith was awarded an Officer (AO) in the General Division of the Order of Australia for distinguished service to the community through philanthropic foundations, to education, and to the banking and employment sectors.

Mrs Rose Lew was awarded a Member (AM) in the General Division of the Order of Australia for significant service to the community, and to philanthropy.

Dr Sabar Rustomjee was awarded a Member (AM) in the General Division of the Order of Australia for significant service to psychotherapy, and to community health.

Mr Lindsay Beer was awarded a Medal (OAM) in the General Division of the Order of Australia for service to the community through a range of organisations.