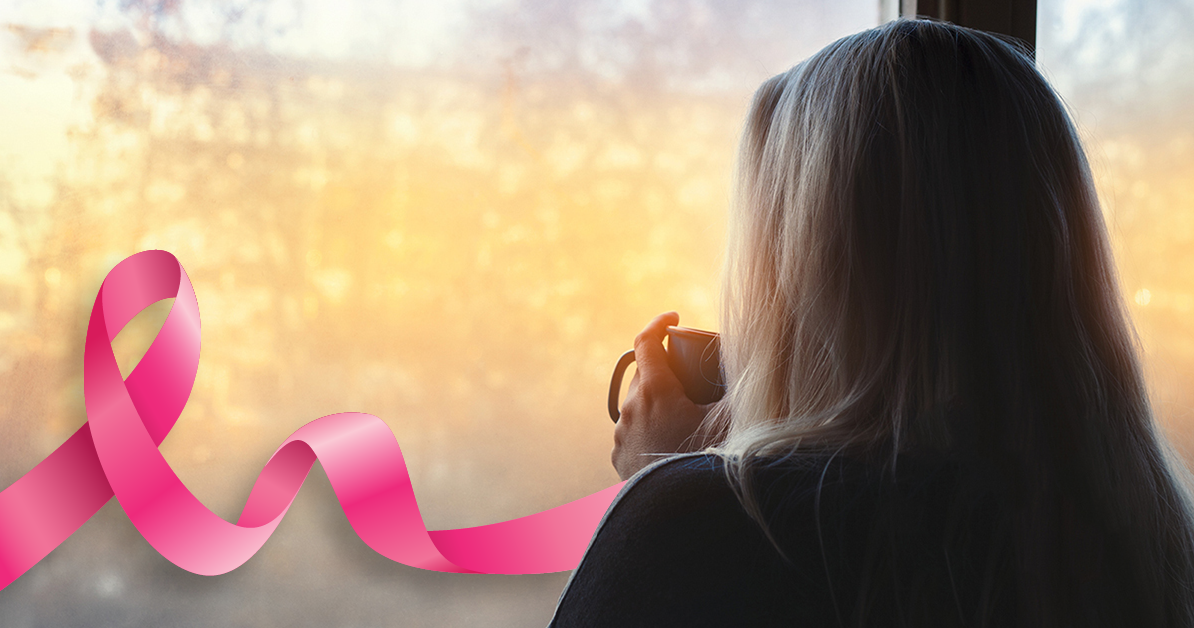 It was a moment in time she didn’t see coming, someone else’s story but it was happening to her.

When mum-of-three Sophia* was diagnosed with breast cancer in December 2018, it felt surreal.

She’d gone to the GP for a routine check-up and was referred for a mammogram due to her age.

At that stage there was no reason to be concerned, but when her GP called three days later and told her the results didn’t look good, it wasn’t long before the shock set in.

“She more or less told me what it was but you just don’t know how to react,” Sophia said.

“My initial response was shock and disbelief. We had no family history.

“At the specialist appointment she told me it basically, ‘it looks like cancer, it is cancer’.”

Within the next few days Sophia underwent a multitude of tests including an MRI, ultrasound and CT scan followed by a biopsy of her lymph nodes.

“The bone scan – that was the most frightening day, to see if it had spread anywhere else.”

Sophia said the hardest part of her cancer diagnosis had been telling her children.

“What reassured me was the breast surgeon, Joanna Morgan, had said ‘it’s treatable and we have a plan’. That’s all I wanted to hear,” she said.

“Initially when I had to go and have that first test my daughter picked up that something wasn’t right. I had to put a positive spin on it. They seemed okay, they handled it quite well, but I didn’t allow them to see me unwell.”

But it was her impending surgery she was most apprehensive about.

“I was really nervous, I didn’t know how I would recover or what the pain would be like.”

On 9 October 2019 she had a mastectomy at Cabrini Malvern.

Following her surgery Sophia struggled to lift her left arm and was unable to walk upright properly, so the breast care nurses told her about Cabrini’s rehab program.

“They couldn’t speak highly enough of it,” Sophia said.

Just a few weeks later she started the eight-week course and said the changes were incredible.

“The physiotherapist assesses you and then tailors a program based on your fitness levels and capabilities.

“I found it so beneficial, it really sped up my recovery.
The benefits outweigh any possible disadvantage – it’s been excellent.”

Sophia went from being unable to life her lift arm to now nearly having full mobility.

She said the approach was holistic and addressed physical, psychological and emotional concerns.

“The program has evolved out of a well-documented need for physical and psychological support and information when acute treatments have been completed,” Alison said.

“It’s a centre piece of a good survivorship plan.

“Patients have an assessment by a rehab doctor at the start, then a plan is developed with the patient to help them reach their goals.”

Sophia said the breast care nurses were an amazing support during her time at Cabrini, even visiting her at Malvern following her mastectomy.

“The breast care nurses are excellent. I rang them all the time and my questions were never silly,” she said.

“Their work is amazing, having that support helps you get through it.”

As part of Breast Cancer Awareness Month, Sophia said she wanted to encourage all women to “be vigilant” about having regular check-ups.

“And to anyone who is going through this now, I know it’s hard but if you can make an effort to exercise and eat well it will help you get through. There’s light at the end of the tunnel.”

For more information on cancer services at Cabrini, go to www.cabrini.com.au/cancer

*Sophia has withheld her real name for personal reasons.