Cabrini creates a “birthday to remember” during pandemic 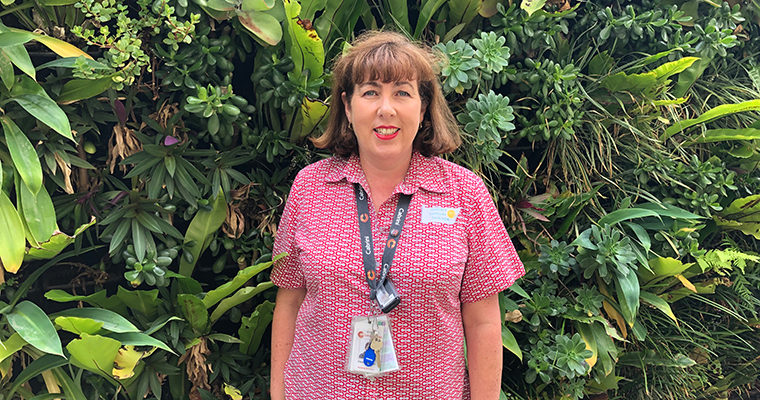 If you’d told Ron Lowe a few months ago that he’d be spending his 80th birthday in a hospital room in the middle of a global pandemic while a Cabrini nurse and her husband sang him happy birthday while playing the harmonica, he’d never have believed you.

But that’s exactly how the milestone birthday played out for Mr Lowe, and it’s one he’ll never forget.

The Cheltenham resident spent two weeks in Cabrini Brighton, with his special birthday falling right in the middle of his stay.

Due to visitor restrictions because of Covid-19, Mr Lowe was unable to spend the day with family as he had originally planned.

But Brighton After-hours Coordinator Clare McMahon wasn’t going to let the day go by without at least singing him a traditional birthday song.

“There was a sign on the door saying happy birthday and I just thought, ‘here he is sitting on his own on his birthday’,” Clare said.

But before she got started, Mr Lowe told her to wait because he wanted to play the harmonica to accompany her.

“Then I said ‘oh my husband is teaching himself, hold on and I’ll ring him’. So I put him on speaker phone and they played happy birthday together on the harmonica while I sang.”

Mr Lowe said it was a birthday highlight.

“It was getting a bit ordinary but then Clare came in and I just thought it was fantastic,” he said.

“She didn’t have to do that – I thought it was wonderful, unique. It went from a birthday that was pretty ordinary to one to remember.”

Clare said following the birthday sing-a-long she noticed Mr Lowe was an Essendon Bombers fan and after a joke or two about the footy the trio broke out into a rendition of See the Bombers fly up.

“Sometimes you just have to make your own fun,” she said.

“I do things like that all the time just because I think it’s nice to be made a fuss of on your birthday.

“It’s a rotten time to have a birthday and part of our job is to bring out some joy,” CLare said.

“I love it here, and I love talking to people. I also like that it’s small and you get to know people.

“It’s just the little things that people like, that and being made to feel like a person rather than a patient.”