Cabrini Research: The past, present and future 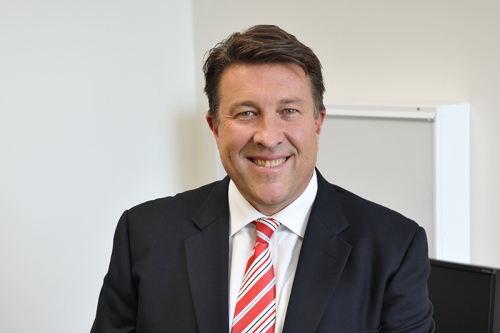 In its incredible 25-year history, Cabrini Research has saved lives, made headlines and, ultimately, paved the way for research into the future.

And there’s one thing each of its directors has had in common: The will for it to succeed.

Founder of the then Cabrini Clinical and Education Foundation, Associate Professor Doug Lording AM, has played an integral role not only setting up research at Cabrini, but continuing its legacy.

A/Prof Lording started as Cabrini’s Medical Director in 1992. Very early on he noticed the demand for student placements was increasing, more research was being undertaken and medical staff, who were increasing in number were seeing Cabrini as a hospital where they could pursue a fuller clinical life. 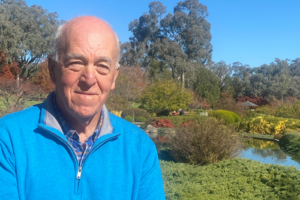 “It was recognition that to take the next step, a greater commitment to education and research was required,” A/Prof Lording said.

“When I became Medical Director, I was encouraging doctors to be involved in more research, there was more interest and our education ties were becoming stronger with Monash and Deakin.”

“I thought it would be better if these activities were bought together and managed and promoted in one centre and took that concept to the Board. It was about encouraging research and strengthening our education,” he said.

In 1996 the hospital agreed to fund the concept for three years, but from then it had to become self-sufficient and led Cabrini into a successful fundraising program.

“We went from very little in the way of research to dozens of projects running at any one time,” A/Prof Lording said.

“We set up our own ethics committee to support these endeavours”.

“We established four academic departments within the first few years. It was the start of an academic presence for the hospital, it was a very exciting time. ”

A/Prof Lording said that in 1999 the fundraising arm was separated and retained the Foundation name, and the education and research activities were housed within the institute.

“I spent 42 years at the hospital as a practicing doctor and 15 years as Medical Director. The research institution is my legacy to the hospital and I’m happy to see how it’s flourished.”

In 2002, Associate Professor Peter Lowthian took over from Prof Lording as the institute’s Executive Director.

A/Prof Lowthian said he clearly remembers reorganising the financial reporting for the institute.

“They’d raised a huge amount of money but the way it was reported was different across the organisation,” A/Prof Lowthian said. 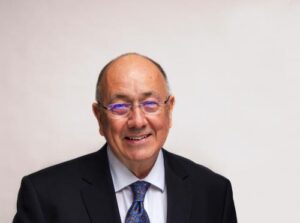 That was his focus during his first six months on the job, followed by developing Cabrini’s remodelled Clinical School, with expansion of the medical undergraduate teaching over two years.

“We put in a grant to Health Workforce Australia, then we needed extra funding, so we had major donors come on board. I was fortunate to be able to mobilise donors to assist getting the money together for the institute building,” A/Prof Lowthian said.

“Designing and building 154 Wattletree Road with Anne Spence and Geoff Fazakerley, was terrific. That was one of the highlights.”

A/Prof Lowthian said that it was also during that period of expanding nursing education, that they developed the Specialist Training Program (STP) at Cabrini, the Federal Government funded medical register posts in the private sector.

“The other thing that was really important for our research was the ethics committee. Cabrini was one of the early adopters of formal accreditation by the NHMRC of a human research ethics committee and under the leadership of Anne Spence they did it well,” he said.

A/Prof Lowthian said it was during his period that the bowel cancer research registry was developed by Professor Paul McMurrick. This allows the use of patient registry data and tissue to drive research in conjunction with Monash University. Let’s Beat Bowl Cancer (which had been established by Professor Adrian Polglase) and the surgery clinical trial program were expanded.

A/Prof stood down as the institute’s executive director in 2014, but stayed on as Cabrini’s Group Director of Medical Services and Clinical Governance, prior to retiring from Cabrini in August 2019.

“I felt very positive at the end in terms of the development of the education program, the expansion of the research programs, the building and the fact that it had a fairly secure group of donors,” he said.

“The institute will redevelop, and change its focus as any organisation will, it will adjust to the times.”

In 2014, Professor Leanne Boyd took over as Executive Director of Nursing and Cabrini Institute and said after five years in that role, she left feeling proud.

Prof Boyd said one of the many highlights was the involvement from the Monash Partners, which broadened Cabrini’s research network.

“I’m proud of the collaborative nature of the research we were undertaking,” she said.

“It really was translational research. Research done by clinicians for clinicians and all about improving patient outcomes.”

Prof Boyd said delivering on strategies, which aligned with the organisations strategy, meant during her time they were able to improve infrastructure, which connected clinicians on the floor and raised the profile of their research. 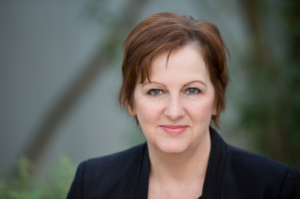 Prof Boyd said Cabrini’s world-leading clinical trials program was something she was “really proud” of.

“It’s vital for patients with cancer, those who couldn’t access those medications any other way. I believe we’ve saved lives through that program.

“It is really, really impressive that Cabrini continues to support research as a private sector hospital. They deserve to have access to research and clinical trials, it’s also a point of strategic difference. It shows a commitment beyond the everyday,” Prof Boyd said.

“What a privilege it was to work with the team at Cabrini. As individuals they are amazing, and as a team they are unstoppable.”

Prior to his appointment as Group Director, Prof Richardson was Director of the Szalmuk Family Department of Medical Oncology for 15 years.

Prof Richardson said his biggest highlight so far had been witnessing the potential the organisation had to grow.

He said the COVID-19 global pandemic had given the institute an opportunity to step back and have a proper look at what was working well and what could change, which resulted in an external review. 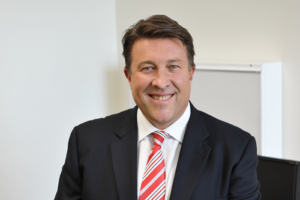 “This really crystallised the current state of the institute and how we should move forward,” Prof Richardson said.

“And one of the biggest recommendations from that was decoupling education from research, so that education could align with the clinical services direction and the Institute could focus solely on research growth, and that has been a really good thing because it means we have a single focus.”

Looking to the future, Prof Richardson said the main plan was to grow, by creating departments in cardiovascular medicine and musculoskeletal medicine and also medical informatics.

“The institute has really grown organically, rather than having a formal plan from the start,” Prof Richardson said.

“The institute is now seen as a pillar of Cabrini’s strategic plan moving forward. That, plus the recommendations of the review, means that Cabrini Research will become even stronger in the next three to five years.”