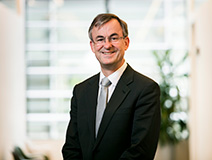 Addressing myths and misinformation is one of the key priorities today on World Cancer Day.

According to the Union for International Cancer Control (UICC), fear is often caused by the misconception that cancer is without a cure and nothing can be done. This often causes people to put off seeking advice and treatment, resulting in worse outcomes due to late diagnoses.

Public fear of cancer is something 78-year-old Freda Castan, who was diagnosed with lung cancer in mid-2016, is all too familiar with.

Mrs Castan, who has received chemotherapy and immunotherapy at Cabrini, said the word ‘cancer’ makes people behave differently because they are afraid.

Some people fussed over her as if she were a ‘movie star’ while others were intrusive about her treatment, she said.

“People don’t know what to say to you and they say stupid things, like ‘how are you?’ and ‘you look amazing’, which is such rubbish! I’d rather they said, ‘I hear you’re doing really well and I hope the treatment keeps working for you’.”

“When my father had lung cancer, my mother had to tell people he died of a heart attack. She didn’t even tell anybody he wasn’t well.”

Those who have experienced cancer are relieved when Mrs Castan speaks openly about her condition.

“People need not be afraid of someone who has cancer. When I broke my leg years ago, that was fine. People felt very comfortable with that.” She said interacting with people who have cancer should be handled the same way.

Each fortnight, Mrs Castan travels to Melbourne from the Gold Coast, to receive immunotherapy at Cabrini. She said the staff went out of their way to make her feel special.

“The staff are incredible and without the treatment, I wouldn’t be here. I feel great. I’m still able to do everything I want to do.”

The theme of this year’s World Cancer Day is #IAmAndIWill, promoting the message that everyone has the power to reduce the impact of cancer for yourself, the people you love and for the world.

Mrs Castan’s doctor, Cabrini Director of Haematology and Medical Oncology Dr Ben Brady said since the world had been trying to understand cancer, outcomes were much better.

“Cancer used to be a terrifying disease, known as ‘the shadow’, ‘the lesion’ or ‘the big C’ but through improving general community education about cancer, we now have far less anxiety about the disease.”

“I always tell my medical students, blood out of any orifice is no good and needs investigation. Be aware of any cough that won’t go away, wound that is not healing or pain that doesn’t get better.

Dr Brady’s advice for maintaining good health is to exercise, sleep well, have regular health checks with your GP and aim for a BMI within the normal range.

“Do what mum told you; eat good portion sizes and a balanced diet of fruit, vegetables and protein.”