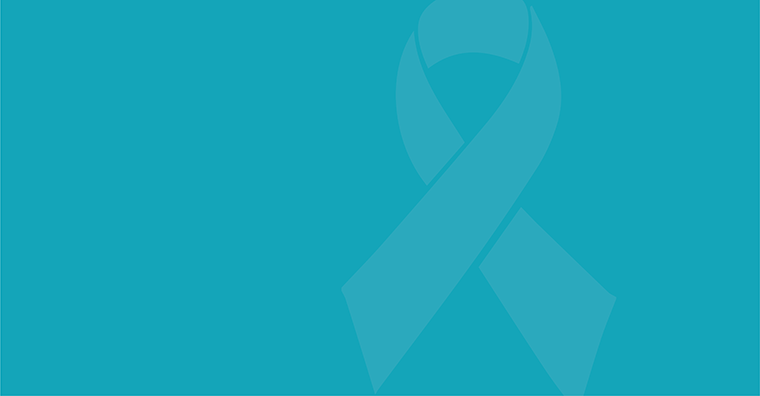 Leane Flynn is hopeful there will be an early detection test and ongoing treatments options available for women with ovarian cancer, she just hopes she lives long enough to see it happen.

Mrs Flynn was a healthy business woman and mum-of-three when she was diagnosed with the incurable disease at just 49-years-old.

To say it came as a shock would be an understatement.

It was February 2017 when Mrs Flynn decided the symptoms she had passed off as menopause – bloating and the need to urinate often – were beginning to impact her life.

She booked an appointment with her GP and her doctor agreed that it was likely the beginning of menopause, but sent her for a blood test and ultrasound as a precaution.

“This is how life changes in an instant,” Mrs Flynn said.

Following the ultrasound and while on the phone to her husband, Justin, Mrs Flynn missed a call from her doctor.

She had two large tumours on both ovaries and another growing between her liver and diaphragm.

“I just sat there. I knew nothing about ovarian cancer, so I had no questions.”

Mrs Flynn said she went home and told her family the devastating news.

Leane Flynn with her sister, Lissa.

She spent eight days in the Intensive Care Unit and two weeks in hospital before six months of weekly chemotherapy.

“I’m in denial majorly, otherwise I couldn’t get on with my life,” Mrs Flynn said.

“Everything takes on a new meaning in so many different ways.”

She responded well to the chemotherapy and suffered almost no side effects. Following her treatment she was cancer free and on three-monthly blood tests.

She made it to the three month mark and her results were clear, but just a few weeks later she felt a pain in her stomach.

“I rang my surgeon and she said to get a blood test and have a scan, it was nearly 12 months to the day from my original diagnosis and I thought ‘this is groundhog day’.

“I went and did everything, and I didn’t hear anything that night. But then she called me the next morning. It had been four months and the cancer was back,” Mrs Flynn said.

“I knew statistically it would come back but I was hoping to get more time in between.”

After another round of chemotherapy Mrs Flynn moved her care to Cabrini, under the supervision of Cabrini Institute and Medical Education and Szalmuk Family Department of Medical Oncology Director Professor Gary Richardson, where she was able to combine her chemotherapy treatment with Avastin, which has delayed her cancer returning.

Now 52, Mrs Flynn said she had spent the past 12 months living her life in three week intervals.

“I’m really hoping to at least get to June, which will give me 12 months off chemo. But we will have to wait and see. This is how I live now, in three week blocks.”

But the reality for her, and every other woman with ovarian cancer, is it’s incurable.

Mrs Flynn now divides her time between her family, her business with twin sister Lissa, Fashionista Sistas, and spreading awareness about ovarian cancer.

“With breast cancer they have an army of advocates out there talking about it. We all die too quickly, we never get an army together and the message gets lost. What I want is everybody to start talking about it, to start telling people about it,” she said.

“We need more research and the only way we can do that is with more money.

“While I can, I will spread the word.”

Prof Richardson said Ovarian Cancer Awareness Month was an opportunity to reflect on the advances made in the past decade.

“If we look back to 20 years ago only 20 per cent of women with ovarian cancer survived. Now, that number is 46 per cent and we hope with more research we can increase the survival rate further,” Prof Richardson said.

“The reality is we need to celebrate these new treatments, all these things are improving the outcomes in ovarian cancer. But we need funding for research to ensure that continues.

“The reality is that if people think about donating to ovarian cancer it is going to make a difference and potentially save lives.”