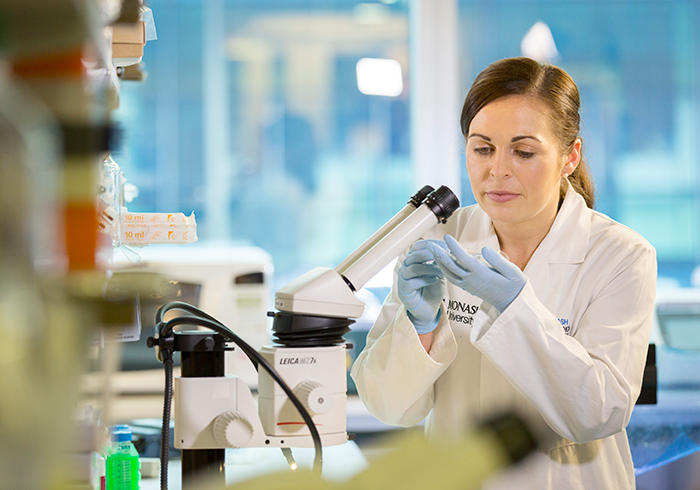 Researchers from the Cabrini Monash University Department of Surgery, led by Professor Paul McMurrick and in collaboration with the Department of Anatomy and Developmental Biology and Monash Biomedicine Discovery Institute at Monash University, have identified a novel role for ’revival’ stem cells in bowel cancer and more specifically, how they influence chemoresistance. Cabrini researcher Dr Rebekah Engel was first author and led the studies published in the Journal of Clinical Medicine, together with senior authors Dr Thierry Jardé and Professor Helen Abud from Monash University.

In Australia, bowel cancer is the second most common cause of cancer related death in both men and women, with more than 5000 deaths reported each year. The majority of bowel cancer patients die due to reemergence of the cancer in distant new locations of the body (known as metastases) following chemotherapy treatment. If left untreated, the five year survival rate for a patient with metastases is as low as five per cent. Combination chemotherapy treatment, which includes the commonly used drug 5-fluorouracil, can help to improve the survival rate but more targeted and personalised therapies are required.

Bowel cancers are typically composed of multiple cell populations, but only a small fraction of cells initiate tumour activity. Cancer stem cells have been shown to play a crucial role in many cancer types including tumour growth, metastasis, resistance to chemotherapy, and cancer relapse. A cancer stem cell gene signature has been associated with the overall survival and disease/recurrence-free survival of bowel cancer patients. Cancer stem cells are thus promising prognostic biomarkers and therapeutic targets. Recent studies in normal intestinal tissue have identified a novel population of ‘revival’ stem cells that are activated upon damage and can restore lost stem cells. It raises the question of whether a ‘revival’ stem cell population also plays a role in bowel cancer. Dr Engel explained that “characterising stem cell populations in bowel cancer and their response to chemotherapy damage is a critical step to understanding why patients respond differently to chemotherapy and finding ways to improve treatment outcomes”.

Patient derived bowel cancer organoids are grown in the laboratory from small pieces of cancer tissue taken from a patient and resemble the multicellular tumour they are taken from. They are a powerful model for cancer research and show great promise in predicting how individual patients may respond to chemotherapy. Dr Engel and the research team used patient derived bowel cancer organoids and their matching primary tumours to demonstrate that bowel cancers exhibit stem cell expression signatures, including markers of the revival stem cell population.

”We discovered that Clusterin, a marker of the ‘revival’ stem cell population, is significantly enriched following chemotherapy treatment in organoids, and high expression is correlated with chemotherapy resistance,” Dr Engel said “Consistent with these findings we also demonstrated in patient outcome datasets that Clusterin is associated both with lower patient survival and an increase in disease recurrence.”

More research is needed. Although the sample size was limited in these studies, it provided a promising basis for future studies on the role of ‘revival’ stem cells in progressive disease in bowel cancer patients.

”Our study has demonstrated the incredible potential we have in using patient derived bowel cancer organoids to study the complexities of the stem cell populations in bowel cancer,” Dr Engel said “’Revival’ stem cells may be a potential therapeutic target and a biomarker for chemotherapy resistance in patients. We are hopeful that our research will one day lead to new therapy options and biomarkers to help clinicians predict the best therapy regime for patients. The utility of patient derived bowel cancer organoids to predict a patient’s response to chemotherapy has the potential to allow pretesting and prediction of treatment responses for patients, providing a personalised and targeted treatment for every patient.”

This project and ongoing research was in part supported by generous donations made to the Cabrini Foundation for advancements in clinical research. Donations allow us to do research that advance new treatment options and provide better care, ensuring there is a brighter health future for all those in need.