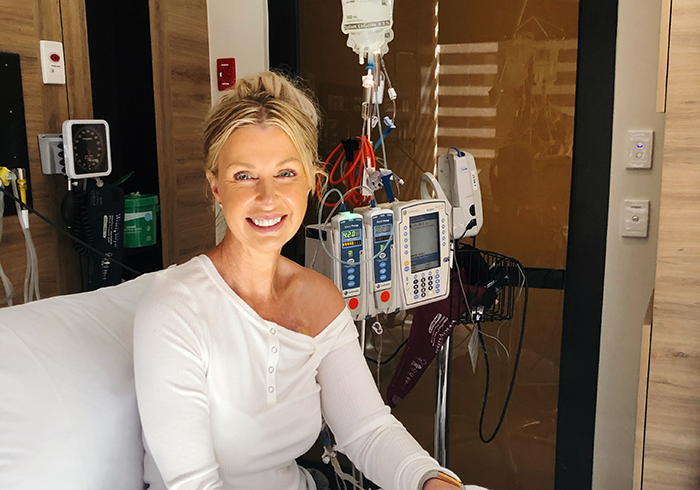 It’s been 12 months since we sat down with ovarian cancer patient Leane Flynn and spoke about the meaning of hope.

Now, after what can only be described as a challenging year for everyone, Leane is once again battling an uncertain future.

As part of Ovarian Cancer Awareness Month we caught up with Leane to find out how the past 12 months have been for her and her family during the global pandemic, and about her cancer journey to date.

Leane was diagnosed with ovarian cancer in April 2017 at just 49 years old, and since then has undergone surgery, chemotherapy and Avastin treatments in an attempt to keep the cancer at bay.

When we last spoke to Leane in February 2020, she was hoping to make it to June without needing chemotherapy.

“I made it to September with no more chemotherapy treatments,” Leane said.

“But unfortunately it’s not good news at the moment.”

Leane’s cancer markers, known in the medical world as CA125, had started to rise. For most people, a CA125 reading of under 30 is considered normal. For Leane, when she was diagnosed her reading was 1000, but after finishing chemotherapy her numbers had dropped to just eight.

By September, her cancer markers had risen to 150 and she had been in and out of Cabrini’s emergency department (ED). 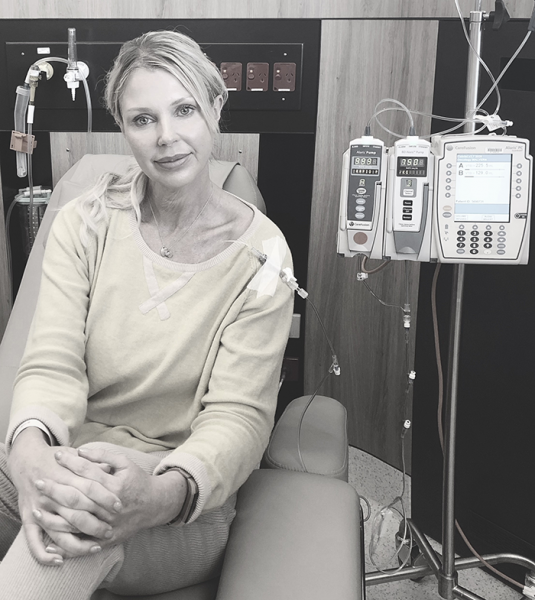 “Because of where the cancer was, on my peritoneal lining, it was causing a lot of pain,” she said.

“I was hoping to hold out longer but it was causing spasms that felt like labour pains and I was in and out of the ED, and because it was during COVID-19 I had to come in alone.
Cabrini were wonderful every time I came in but I decided it was silly to hold out, it was getting unmanageable.”

In late September Leane started back on chemotherapy for what she expected would be an eight week cycle, but the results were not what she’d hoped for.

“Unfortunately I didn’t respond as well as I usually do, so I ended up finishing chemo in January,” she said.

“It was disappointing. I’m currently sitting on 60 CA125, I never got the result we wanted. It does possibly mean I’m getting chemo-resistant, which is unfortunate.
The cancer is aggressive.”

Leane will now await the results of a PET scan and blood tests to find out more about the cancer activity in her body.

“I have been feeling quite emotional about it. It’s the reality that hits me. I seem to be able to put it away and pretend it’s not real, especially when I’m feeling okay.
But then I get those constant reminders – it’s hard,” she said.

“I probably still don’t believe it’s happening. I’m living in hope that something will come and save me.”

It’s almost four years since Leane was first diagnosed with ovarian cancer, and with just a 20 per cent survival rate at five years, she isn’t sure what the future holds.

“I had another friend with ovarian cancer and we were having treatments together, but she has since passed away, and I have another friend who’s gone into palliative care.
I’m surrounded by the reality of this disease,” Leane said.

“I’m just trying to live with hope. I know there are things on the horizon but it won’t be in time for me, and that’s hard to accept.”

For now, Leane is determined to use her voice to continue to raise awareness about the disease and remind women to get checked.

“I would ask people to continue the conversation,” she said.

“Women need to understand how lethal this is. Ovarian cancer has a 90 per cent reoccurrence rate. I recently say a quote that said: ‘I have cancer but the cancer doesn’t have me’ – that says everything. I just want to make a difference.”