Shining a light on our volunteers 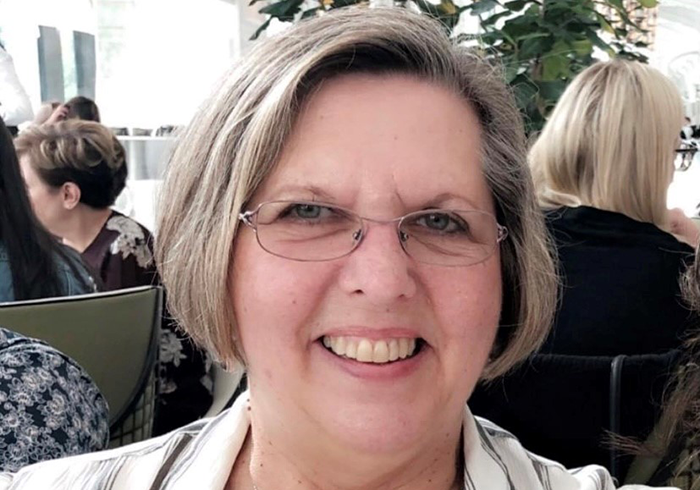 When it comes to volunteering at Cabrini, it’s hard to look past one dedicated employee who has devoted an incredible 28 years of service to our community.

Therese Proy first started with Cabrini in 1993. She had just completed her teaching degree and was working at Dandenong Hospital as an interpreter in patient services.

After moving to Malvern East, Therese said she was struggling to find a role in teaching and saw a job available at Cabrini so decided to take up the job offer in the short term.

Fast-forward to 2005, and before she knew it Therese had been working with Cabrini for 12 years.

It was then that her father became ill and Therese decided to take 12 months off, instead spending time with her family.

She returned to Cabrini’s booking office and also worked part-time as a personal assistant to a Cabrini orthopaedic surgeon.

“Back then we had to write the theatre lists by hand every day,” she laughed.

In 2011, Therese began her volunteering journey with Cabrini, taking communion to patients on a Sunday morning and has been doing it ever since.

Therese’s role at Cabrini is one of a number of important volunteering positions within the hospital.

As part of National Volunteer Week, we sat down with Therese to talk about why she started volunteering and how it has changed her life.

“I’ve always worked in hospitals, I like dealing with people – I’m a people person.

“Taking communion to patients is something they need so much, particularly the older people who have a strong faith.
It’s very, very fulfilling. I used to do something similar for my parish too.”

When asked about National Volunteer Week and what it meant to her, Therese said recognition wasn’t something most volunteers sought but that it was nice to be acknowledged.

“It’s just something you give, and you get back so much more in return,” she said.

“It’s nice that people are thought of in that capacity and they are recognised. Volunteering is something you do because you want to, and you get a lot more out of it, you get a good feeling.

“I hope I can continue for a long time, I thoroughly enjoy it. Once I retire I hope to volunteer more.”

Therese returned to paid employment at Cabrini in 2019 as the Administrative Assistant in the Pastoral and Bereavement Services Department, and still continues her Holy Communion volunteering role at our Malvern site on Sundays.

“She has outstanding interpersonal and communication skills,” Catherine said.

“She is animated by her deep Catholic faith and has undergone many personal struggles in her own life, inspired by her spiritual strength.”

Cabrini would like to thank each and every volunteer for your dedication to our patients and staff, you have all been invaluable.

For more information on volunteering at Cabrini, go to www.cabrini.com.au/volunteer