Teen has smart watch to thank for lifesaving surgery 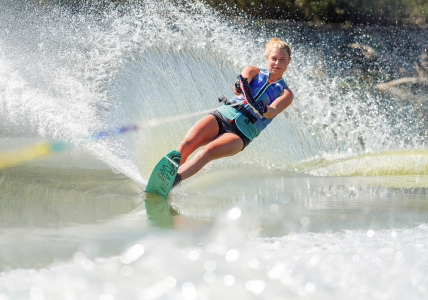 At just 17 years old, Lexie was diagnosed with a complete heart block, a condition that could have been fatal if not for her smart watch.

Lexie, who lives on a farm in rural Victoria with her parents and two younger sisters, underwent surgery on 13 November 2020 following her mother’s gut instinct.

Lexie had been gifted the Apple watch for her 15th birthday by her mum Karla, but had begun to think it was faulty after its continued beeping told her she had a low heart rate.

Despite Lexie feeling fine, Karla took her to the doctor to get checked but was told there was nothing to worry about.

However, after a family trip to the Grampians left Lexie suffering from exhaustion, Karla drove her daughter straight to Cabrini for a second opinion.

Lexie was seen by cardiologist Professor Peter Kistler, who found a congenital block in Lexie’s heart’s electrical system, causing it to beat slower and slower.

Lexie’s incredible story was featured on Seven News and in the Herald Sun.

Now, five months following her surgery where a pacemaker was implanted, we caught up with the teen to see how life had changed.

The year 12 student said she couldn’t believe the difference in how she felt after having the pacemaker inserted.

Lexie, who has always had a love of sport, said it took her about two months to recover fully following her operation.
She said it was on a water skiing holiday with her family that she finally felt like her old self, and she hasn’t looked back since.

“It was really good – I just felt like there’s nothing wrong with me anymore,” Lexie said.

Since then Lexie has gone on to win the fastest time overall for the 200m race at her school, a moment she and her family still can’t quite believe.

“She’d won her heat and then she was given the trophy.
Everyone was cheering for her, it was that moment of ‘look what you’ve done’.” 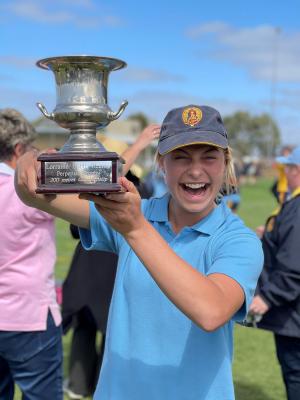 Karla said while there were moments she felt terrified thinking of what could have been, she was incredibly grateful she trusted her instincts.

“I look at her and she just looks so healthy now. She’s got so much energy,” she said.

“It’s amazing what a change it’s been”.

“Now, she just can’t wait to start her life. She just looks so beautiful and happy and everything is so good.”

Both mother and daughter said they were looking forward to the future, and it was all thanks to Prof Kistler and the team at Cabrini.

“We love Peter Kistler, he just knew she needed to be fixed,” Karla said.

“We felt safe with him, and we were very impressed with Cabrini.”

For more information on cardiac services at Cabrini, go to www.cabrini.com.au/cardiac