Bowel cancer is the second leading cause of cancer death in Australia and affects 17,000 people per year.

We know that with early detection of bowel cancer, better outcomes can be achieved. That’s why prompt diagnosis – and commencement of treatment – is a key priority.

About bowel cancer services at Cabrini

At Cabrini, the expert clinical care provided by our team of healthcare professionals is backed by a range of advanced treatments. At Cabrini, we treat more patients with bowel cancer than any other private or public hospital in Victoria.

Why choose Cabrini for your bowel cancer treatment?

Cabrini is renowned for providing exceptional treatment for patients with bowel cancer and pioneering research in the bid to find a cure.

Cabrini Health has pioneered the use of multidisciplinary meetings and teams in the private sector in Australia and these have been held twice per month since 2005.  All patients with cancer care are ensured of an MDM (multi-disciplinary meeting) comprehensive plan, as required. Our MDMs are now held via Zoom to allow maximum participation and include involvement with their local general practitioner and individual treating specialists if you are from rural areas. 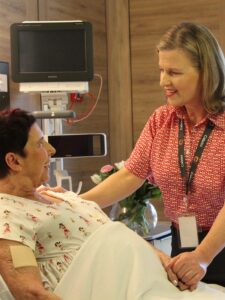 The Binational Colorectal Cancer Audit of the CSSANZ was developed through the Department of Surgery at Cabrini and as such we have been leaders in quality assurance for nearly 20 years.

Every patient treated for bowel cancer at Cabrini is assessed through our Colorectal Neoplasia Database to ensure the highest quality care.  We have pioneered the ‘ISO’ (Individual Surgeon Outcome) quality assurance program to ensure that treatment results for all of our colorectal surgeons are world leading. Our Department of Surgery, in collaboration with the Monash Biomedicine Discovery Institute, have initiated world leading programs in bowel cancer research through the use of tissue organoids and tumour microarrays paired to clinical outcome data.

Our PROMs (Patient Reported Outcome Measures) program means that every patient being treated for bowel cancer at Cabrini is involved in the assessment of their care, their quality of life, and preservation of their day to day functions, including bowel function, sexual function and the capacity to engage in life to the fullest.  This is the first Internet based PROMs program for colorectal cancer in Australia.

Cabrini is the highest volume bowel cancer treatment centre in Australia.  With our leading specialists and our mantra of quality and research, you are ensured the highest level of care at Cabrini Health.

The specialist doctors who treat bowel cancer at Cabrini Malvern and Brighton are among the most highly trained and specialised clinicians in Australia.  They have trained at major world leading cancer treatment centres, including Mayo Clinic and Cleveland Clinic. Our surgeons are all specialist colorectal surgeons and accredited with the Colorectal Surgical Society of Australia and New Zealand.

The specialists and medical professionals listed below are active members of the bowel cancer multidisciplinary team reviewing patient cases on a regular basis. For a comprehensive list of Cabrini specialists, please visit our Find a Doctor page.

Let’s Beat Bowel Cancer relies on the generosity of the community through philanthropic support.

You can find out more here.

"No one really expects to get bowel cancer. Yet it is surprisingly common as I found out. When it happened, it was quite a shock to me and my family. Being 50, fit and healthy I did not think it was possible. I can only say the challenge of dealing with bowel cancer was made easier by the professionalism and care of the surgeons, medical teams, nurses and staff at Cabrini. They were amazing." James, Age 51

Bowel cancer, also known as colorectal cancer, is the most commonly

diagnosed internal cancer in Australia in both men and women.

Bowel cancer is one of the most preventable and treatable cancers. More than 90 per cent of people survive bowel cancer if it’s detected and treated at an early stage. Reducing known lifestyle risk factors and regular bowel screening are vital tools in preventing the disease.

It can start in any part of the large bowel (colon or rectum), and may also be referred to as colon cancer or rectal cancer, depending on where it is located. Most bowel cancers start as benign, non-threatening growths – called polyps – on the wall or lining of the bowel. Polyps are usually harmless, but some types, including adenomatous polyps, can become cancerous if left undetected. In advanced cases, the cancerous tumour can spread beyond the bowel to other organs.

The screening test for bowel cancer is called a Faecal Occult Blood Test (FOB), and is used for people who have no obvious symptoms.

Maintaining a healthy diet and exercise when you are undergoing cancer treatment is proven to have profound benefits. Research shows that if you are active and eat well while you have medical treatment, it may improve your quality of life, reduce your risk of cancer recurrence, increase your chance of survival and extend your life.

However, it can be difficult to know what to eat and how much to exercise. That’s why Cabrini offers cancer patients advice on nutrition and exercise that is backed by science and tailored to individual circumstances. Our dietitians offer nutritional support during cancer treatment to help you with weight management and advise you on the correct meal choices.

We also have a team of exercise physiologists to support you with your exercise needs. The cancer experience can take a heavy physical and mental toll on patients, and exercise is a safe and effective way to counteract some of the side effects. The latest evidence suggests regular exercise before, during and/or following cancer treatment decreases the severity of adverse effects. It has also been linked to reduced risk of developing new cancers and conditions, such as cardiovascular disease, diabetes and osteoporosis.

The Cancer Oncology Society of Australia’s Position Statement on Exercise in Cancer Care is also a great source of information.

One of the benefits of being cared for at Cabrini is our dedication to world-class research. Cabrini’s Oncology Clinical Trials Program gives eligible cancer patients access to pioneering treatments, including immunotherapy and targeted therapies, for a range of cancers. The program was established in 2003 and provides state-of-the-art care for

cancer patients and continued advancements in the prevention, diagnosis and treatment of cancer. We achieve this through a combination of research, education and clinical practice.

Your specialist will discuss any clinical trials offered at Cabrini, and other hospitals, that you may be eligible for. They may also connect you to relevant special access programs, which give patients access to new drugs before they are subsidised by the government.

Victoria offers four complimentary programs for people experiencing financial hardship as the result of their cancer diagnosis: the Legal Referral Service, the Financial Planning Referral Service, the Workplace Advisory Service and the Small Business Advice Service. Industry professionals volunteer to deliver these programs to patients experiencing financial difficulties. Cancer Council Victoria offers advice in its Cancer and Your Finances Guide. It also helps refer patients to services that may be useful.

At Cabrini we are also able to connect you to a social worker, who can give you information about accessing superannuation and other financial advice. We understand cancer patients can experience financial hardship as a result of their diagnosis and treatment, so we offer patients receiving certain treatments in the day unit a subsidy to a number of services such as emergency admissions, pathology and radiology. Ask your doctor or nurse about the Cabrini Chemotherapy Card eligibility, and how it can be used to offset some of the costs of care.

What is the National Screening Program? 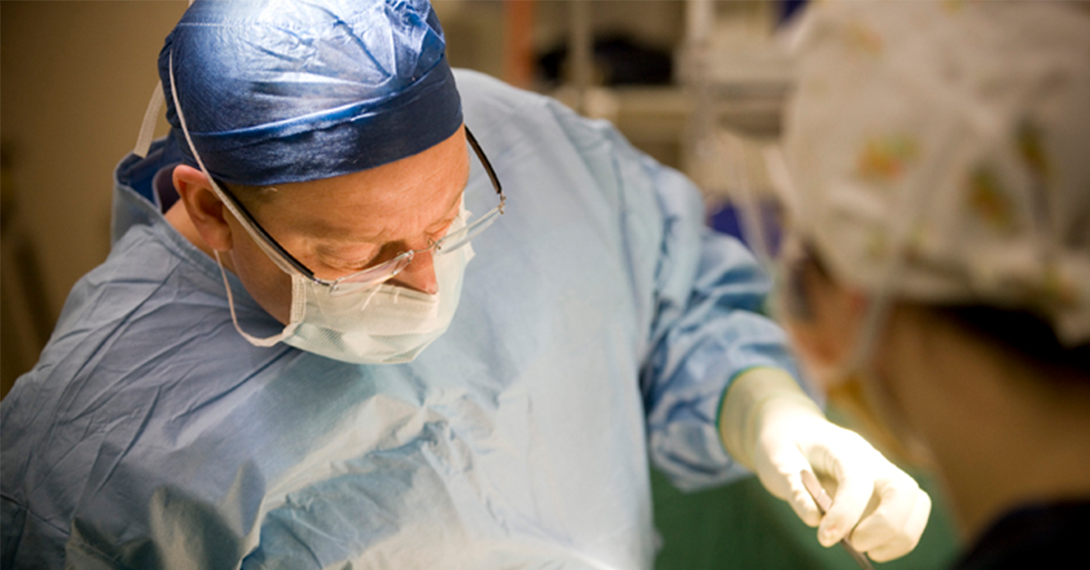 Your generous support helps us save lives, improve patient outcomes, and deliver better healthcare services. With your continued support we can continue vital research at Cabrini.