The New wave of silicosis 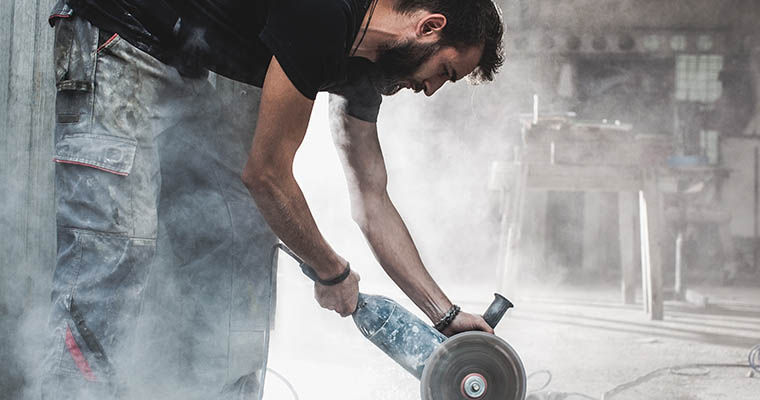 Silicosis is a devastating lung disease workers in our stone benchtop industry are facing, and health experts warn the number of patients diagnosed with the condition is only going to rise.

Cabrini Respiratory and Sleep Disorders Physician Dr Ryan Hoy said it was incomprehensible that silicosis had once again become a health issue.

“Silica exposure was known to cause lung disease before tobacco smoke was identified as being a health issue and even before asbestos was known to be a problem, so how this entirely preventable disease has re-emerged as a major health crisis is just unfathomable,” Dr Hoy said.

“During the initial ten years of my work as a respiratory physician, with an interest in occupational lung disease, I had seen maybe one or two patients with the condition but I am now treating more than 40 patients with silicosis. This is an extraordinarily high number, but sadly I am only expecting that number to rise.”

Silicosis is caused by workplace exposure to silica dust.
Patients recently diagnosed with this condition have primarily worked with artificial or engineered stone, a material that during the past two decades has become an extremely popular choice for the fabrication of domestic kitchen benchtops.

“The first case of this recent wave of silicosis in Australia was reported in 2015. Since then, we have seen a rapid increase in presentations of the disease,” he said.

“Considering high-silica content artificial stone materials were introduced to Australia in the early 2000s, and almost 20 years of insufficient dust control measures in this industry, a large number of workers have been exposed to hazardous levels of silica dust.”

“Initial results from Queensland indicated that as many as a third of workers in those workplaces could be affected by silicosis,” Dr Hoy said.

“The working population in the artificial stone cutting industry in Australia is about 10,000 people and we are certainly concerned that several hundred, if not a few thousand, people may be affected by this condition.”

Dr Hoy said screening was important to identify silicosis as early as possible.

“In the early stages of silicosis, people don’t have any symptoms,” he said.

“It is only once the disease progresses to the point that it has caused extensive pulmonary fibrosis, that symptoms such as shortness of breath or cough will become apparent.
We need to identify affected workers as early as possible so measures can be taken to reduce the risk of progression of the disease.”

Dr Hoy said he and other respiratory physicians were working with the Victorian Government and the stone cutting industry to provide assistance to those diagnosed with the condition and support research into future treatment methods.

“Although no medications are available to reverse or cure the condition, we are hopeful of developing clinical trials and new drug therapies,” he said.

In Victoria, a free screening program can be accessed through WorkSafe.